Monday  on social media, the post of Ncell deducting more than Rs 15 daily without the customer's information is viral. In the name of Huawei game content and business handling charges, Ncell seems to be cutting the balance up to Rs 15.32 per day.

It is not only recently that Ncell has started complaining of cutting the balance without the consent of the customer. The company has been doing this for over a year now. In July 2019, the incident of money being deducted in the name of a similar service was made public.

In the routine of Nepal Bandh, Basant Kumar Dhakal had made public the incident of cutting money in the name of Huawei game content without his knowledge.

However, the incident that was so slow at that time has now come to the surface again. On Monday morning, Ncell user Chandak Nayak has released a screenshot of his daily deduction of Rs 11.49 in the name of Huawei game content.

In the screen shot that he made public, Ncell has deducted 11.49 paisa in the name of Huawei Games content at 8:57 pm on Sunday and the same amount for the second time at 1:37 pm on Monday.

He is posting on Facebook and commenting on his post, others are also taking screenshots saying that they are cutting money from their mobiles in the same way. Another Ncell user, Prasadi Karki, said that the company would activate such services without the consent of the user.

He said, "When you try to understand in the customer service center of the company, when you click on the advertisement, you are asked for it. The answer is that it becomes active only after you say so."

Why was the money deducted in the name of a service that the user did not activate and did not use? We tried to talk to a Ncell representative about this. However, the representative said that he would reply only after understanding the issue. (Ncell has sent its response in this regard after the news was published. You can read the response at the end of the news.)

We also contacted Ncell's official Facebook page for more information. When we asked about the regular deduction of money on the Facebook page, Ncell replied that such service has been activated with the active participation of the users.

Although Ncell used to send notifications when the balance was deducted from other services it uses, it did not provide any information about the amount deducted, said Nayak. "It simply came to our notice then.

Meanwhile, a screenshot of a conversation with Ncell a year ago has also been found. During the conversation, Ancell replied that this is a three day recovery pack and that there is no update on the pack at the moment and it will happen soon.

At the same time, we studied the pack on Ncell's website. However, even after one year, no information has been mentioned about such packs.

As soon as we received such a reply from Ncell, we contacted the regulator Nepal Telecommunication Authority. NEA Director Vijay Kumar Roy said that NEA was ignorant in this regard.

He said that the NEA has not received any complaint regarding the regular deduction of money from customers for the past one year. "However, if the matter is true, we will take necessary action," he said.

This is Ncell's answer
Users are seeing digital ads on Facebook, Android handset's app or Google pages. Once users click the digital ads page, the third party partner's subscription page opens. Which explains in detail the method of charging.

After the service users confirm on the partner's page, Ncell's consent page opens and the user's subscription is confirmed by Ncell. When reconfirming in this way, it is ensured that the user has subscribed to a certain service on such page for a certain fee.

Once this process is complete, the user has three options. There is a confirmation option in one of the options. If the user agrees to all the terms of the company, he must click on the terms button.

The second option is not now. Clicking on it does not cut the balance. Similarly, there is another third option, no action. If you click on it, the user can exit the page. There is no charge.

International digital advertising agencies send digital ads to users' handsets. For example, once users receive an ad, they will see the ads on various platforms, including Facebook and Google, after the Viber and WhatsApp calls have ended.

Ncell also sends messages and notifications to third party VAS providers before deducting balances, as well as the process of stopping such services. 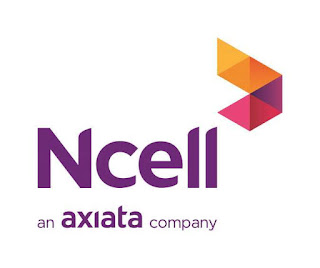