0 0 K.D Monday, 17 September 2018 Edit this post
Hello student we have collected some notes from different  sources. The notes are written by great writers of Nepal . This notes will helpful for your study. All The best .

Elementary Particles
Elementary Particles
The term elementary particles signify the particles of structureless and those can not be constructed from other particles.
Present model of the constituents of matter is that they consist of fundamental point like, on a scale of 10-17 m, spin ½ fermions- the quarks with fractional electric charge and the leptons carrying zero or integral electric charge. Hence there are two types of fundamental fermions, called quarks and leptons, which are structuresless and point like.
One of the important modern ideas of forces is that forces between particles arise from the exchange of particles.
Classification of Elementary Particles
The elementary particles are classified in terms of their mass, intrinsic spin, magnetic moment and interaction properties.
The following table represents the list of such particles:
Photon

The second category of elementary particles is called lepton, which consists of light particles.
·  They take part in electromagnetic and weak interactions and
·  They have half-odd integral spins.
·  They are fermions
Types of leptons
There are two types of leptons:
(a)   Charged, and (b) Neutral.
Charged leptons
The charged leptons are electron, m-meson or muon, and t-lepton. These leptons occur in doublet that is positively and negatively charged.
Neutral leptons
The neutral leptons are known as neutrinos. They are neutral particles having zero rest mass.
There are three types of neutrinos associated with each type of lepton and correspondingly called e-neutrino and m-neutrino t-neutrino.
Electron
Electrons are leptons, which are negatively charged stable particles. Their mass is about 5.48 x 10-4 amu.
Muon
Muons are leptons, which are also negatively charged particles but heavier than electrons. Their mass is 207 times mass of electrons. They are characterized by life of the order of 10-6 sec.
Neutrinos
t-lepton was first observed in accelerator experiments in 1974.
Hadrons
Hadrons
These are the strongly interacting heavy particles.
Types of Hadrons
They are classified into two types: Mesons and Baryons.
Mesons
These are particles heavier than electrons and lighter than nucleons. Their mass lies between 250 and 1000 times mass of the electrons.
·        These particles have strong interaction with nuclear matter
·        They are particles of nuclear field.
·        They have zero intrinsic spin,
·        They are bosons.
Types of Mesons
Mesons are divided into three groups: p-Meson (pion), k-meson (kaon), and h-meson.
p-Mesons
p-Mesons are found to have three states of charge:
(a) Positive, p +,  (b) Negative, p - and (c) Neutral, p 0.
Positive p-meson has mass of 275 times mass of electrons and life of about 10-2 sec.
Neutral p-meson has mass of 264 times mass of the electron.
Neutral p 0 mesons are produced in the collision of protons having Kinetic energy ³ 150 MeV. Similarly, in photoproduction of energetic gamma quanta, p +-mesons are produced.
K-Mesons
K-Mesons are found to be in three charge states:
(a) Positive, k +, (b) Negative, k -, and (c) Neutral, k0
Positive k-meson has mass 966 times of the electronic mass. And that neutral k-mesons have 967 times electronic mass.
Baryons

These are heavy particles. Their intrinsic spin is odd-half integer spin. Baryons are further grouped into two classes: (a) nucleon, and (b) hyperons.
Nucleons are constituent particles of the nucleus of an atom. They are protons and neutrons. Protons and neutrons have nearly equal mass. But protons are positively charged and neutrons are neutral.
Hyperons
Hyperons
Hyperons are the particles heavier than nucleons. They are characterized by their lifetime, which has the order of 10-10 sec. The hyperons have strange behavior that they decay faster than are formed.
Types of hyperons
There are four types of hyperons:
L-hyperon, S-hyperons, X-hyperons and W-hyperons.
L-hyperons are neutral particles and so are represented as L0
S-hyperons exist in three charge states
(a) S+, (b) S -, and S 0,
X-hyperon in two charge states:
(a) Positive X+, and (b) Negative X-
W-hyperon exits in only one charge state W-.

Antiparticle of a particle is the particle having the same mass but of opposite charge. When the particle and its antiparticle come in contact they annihilate each other with the emission of photons. All the particles have their antiparticle. Positron is the first discovered antiparticle of electron. The antiproton is discovered by Segre, Chamberlain and other in the collision of high energy protons.
The antiparticle of neutron, the antineutron, was discovered in 1956 by Cork, Lamberton and Wengel.
Neutrino and antineutrino are distinguished by their spins. Neutrino spins counterclockwise while antineutrino clockwise.
Quarks
Quarks
Hadrons are built up from a limited number of fundamental units, which have acquired the name quarks. These fundamental units have unusual properties that they carry fractional electric charge.
Types of quarks
The original theory postulated three quarks, which are labeled u-, d- and s, which stand for up, down and strange. We refer to these labels as flavors of quarks.
·        The quarks have a spin quantum number of ½ and
·        They have baryon number of 1/3.
·        Hence, quarks are fermions.
Charge, strangeness and baryon number for these quarks are as follows:
Each quark has an anti-quark associated with it ( ). The magnitude of charge and baryon number for the anti-quarks has the same magnitude as those the quarks, but the sign is reversed.
Composition of hadrons according to the quark model
Composition of hadrons according to the quark model
A baryon is made up of three quarks. For example, the proton is made up of two u-quarks and a d-quark (uud) so that,
A meson is made up of a quark and an anti-quark. For example, the p+-meson is the combination of a u-quark and a d-antiquark (u`d), p- --meson is the combination of a u-antiquark and a d-quark (ud). K+  has quark combination (u`s) and K- has (`us).
Coloured Quarks
It is believed that W--hyperon is composed of three identical s-quarks (sss). So, there is a problem with this quark model, because it violates the Pauli Exclusion Principle that prohibits two or more fermions from occupying identical quantum states. Similarly, the proton, neutron, and others with two identical quarks would violate this principle also. To resolve this difficulty, a new property is assigned to the quarks, which can be regarded as new quantum number. The new quantum number is called colour. There are three colours labeled Red (R), Blue (B), and Green (G), which distinguish three identical quarks.
Charm Bottom and Top Quarks
Charm, Bottom and Top Quarks
Charmed quarks (c-quarks) are the quarks having charge of +2/3 strangeness 0 and a new quantum number, charmed quantum number, +1. Others quarks have 0 charm.
In 1977, a new particle was discovered at Fermi lab that is called Î-meson. This particle is supposed to be made of new quark called bottom quark (b-quark).
Following table summarizes the properties of quarks:
Gluon
Gluon
Since quarks are fundamental particles, strong interaction is the interaction that exists between the quarks. The field quanta of strong interactions are called gluon, which like quark has colour. The fundamental coupling for the strong is then between quarks and gluons and quark-quark interaction proceeds through the exchange of a intermediate gluon. The gluons have zero mass.
Conclusion
Above discussion shows that our present model of the constituents of matter is that they consist of fundamental point like, on a scale of 10-17 m, spin ½ fermions- the quarks with fractional electric charge (+2/3e, -1/3e) and the leptons carrying integral electric charge. Hence there are two types of fundamental fermions, called quarks and leptons, which are structuresless and point like. 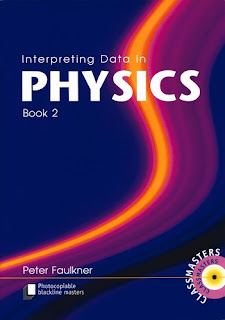