China's response to Indian ban on apps including Tiktok

China's response to Indian ban on apps including Tiktok


The Indian government has described the ban on apps as an emergency measure and a step towards national security. Indian and Chinese troops are facing each other in the border area of ​​Ladakh.

20 Indian soldiers were killed in a tense clash between the two countries on July 1. Indian Information and Broadcasting Minister Ravi Shankar Prasad tweeted that the ban on apps was necessary for security, sovereignty and India's integrity. He further tweeted, "We want to protect the data and privacy of Indian citizens."


The Indian government did not name the Chinese government or the Chinese company in its statement and did not specify how the ban would be enforced. Tiktak has commented on India's sanctions.

A spokesman for Tiktok said, "The Indian government has issued an interim order banning 59 apps. Two thousand employees of Baitdance are working in India as per the rules of the government. We are proud to have millions of users in India. '

"We are in the process of complying with the order of the Government of India," Tiktak said in a statement. We are also trying to present our response to the government.

The government of India is ready to follow the necessary rules for the security of the data of the ticket users. We do not share Indian user data with any foreign government. We don't even give it to the Chinese government. We take user integrity seriously. '

Nikhil Gandhi, head of Tiktak India, said, "Tiktak has democratized the internet. It is currently available in 14 Indian languages. There are millions of users in India.

It's a treat for people whose talents go unnoticed. There are some users who know the use of the Internet from the ticket. We also donated 300 million Indian rupees to the Prime Minister's Fund for the coronavirus epidemic. '

The Chinese Communist Party's English-language newspaper, the Global Times, wrote on the subject of the Indian government's decision, "This step comes at a time when tensions are rising between the two countries."

The Indian military has carried out illegal activities across the border in China and has launched provocative attacks on Chinese security forces. As a result, a deadly clash took place in Galwan, a border area between India and China.

The Global Times also wrote, "Extreme nationalism has been seen in India since then. A boycott of Chinese products has been demanded.
Such pictures are being widely shared on social media, in which Indian citizens are blowing up televisions made in China. The 59 banned apps include Twitter-like Chinese-made platform Weibo, which has a verified account for the Indian prime minister, and 240,000 followers.

According to a press release from the Government of India, the Department of Home Affairs and the Indian Cyber ​​Crime Coordination Center had recommended a ban on the malicious app.

Some Indian companies are calling it a welcome step by the Indian government. Inmobi, the owner of app Roposo, which is competing with Tiktak, said the move has opened up the market for its platform.

Similarly, Indian social network ShareChat has also welcomed the government's move. Tiktok's rival Bolo India has said it will benefit from a ban on its biggest rival.

In a statement, Barun Saxena, co-founder and CEO of the company, said: "We welcome the ban because we understand the concerns of the government. It is also an opportunity for Bolo India and other Indian apps to provide better service by putting Indian culture and data security first. "

That's why Isco says the ban will affect Chinese apps. "From a strategic point of view, this will increase the economic pressure," Santosh Pai, an associate of Link Legal, which looks after Chinese investment in India, told the Economic Times.

Because these apps were very dependent on the Indian market. This is a strong step from a legal point of view. Because it becomes difficult to challenge the national security question in court.

He also said that it would be interesting to see if the Indian app could meet the needs of those apps or if the US app captured the market share. Similarly, Indian app investors understand that banning Chinese apps will reduce the app's competition in the Indian market.

But some analysts have warned that the ban on apps could be too heavy for Indian Government. 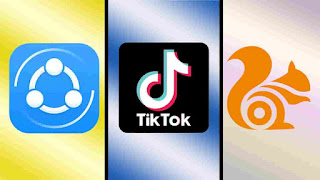