Breathe Into the Shadows : Series will keep tied till end

Breathe Into the Shadows: Series will keep tied till end


Discussions on Abhishek Bachchan's digital debut have been going on since the announcement of  titled Breathe Into the Shadows, has been streaming on Amazon Prime since today (July 10). This is the story of a psychiatrist named Avinash Sabharwal (Abhishek Bachchan) and his family. Avinash Sabharwal lives in Delhi with his wife Abha (Nitya Menon) and 6-year-old daughter Sia (Ivana Kaur). One day Sia suddenly disappears and despite all the efforts, the police cannot find her.

Breath Season 1 Inspector Kabir Sawant (Amit Sadh) has shifted from Mumbai to Delhi this time. Long after Sia's sudden disappearance, Avinash and Abha find out that he is alive and has been kidnapped. He receives a letter from the kidnapper and tells Avinash to commit murder to save his daughter. After the first murder, Kabir gets this case and he starts working with his right hand sub-inspector Prakash to solve it.

There are a lot of questions here. Like Avinash has committed blood in the right? Who is the kidnapper and why is he speaking to kill people? And the biggest thing is what is the connection of all these with Avinash and his family? Will Kabir Sawant be able to solve this mystery?

Breathe Into The Shadows

The story of Breathe Into the Shadows is not as simple as it sounds. There are many big twists and turns in this series that can turn your mind. Although the series begins as a mystery crime thriller, it later evolves into a psychological thriller, which is great.


The lead hero of Breath 2 is Avinash Sabharwal i.e. Abhishek Bachchan. Avinash is a simple man and a psychiatrist by profession and is very good at his job. Avinash grew up in Nainital and his life has not been easy. He lost his parents at an early age and was brought up in a boarding school. Avinash now lives in Delhi with his wife Abha Sabharwal (Nitya Menon) and daughter Sia (Ivana Kaur).

Abhishek Bachchan has played the role of Avinash very well. A father who loves his daughter very much can do anything for her and her safety and a psychiatrist who knows how to play with people's minds. Abhishek's character is not as settled as it seems and that is his specialty. He has done the same job well. Abhishek liked the role of a simple but tangled man.

Nitya Menon has done a great job in the role of Avinash's wife Abha. A frightened mother and wife who just want to save their daughter, but are also questioning their decision at every step. Still not giving up. Nitya looks gorgeous throughout this web series and her work is just as amazing.

Amit Sadh has returned with his old role in Breathe Into the Shadows but it has to be said that this time his work is better than before. This time the character of Kabir Sawant is a little better and Amit has brought it to life very neatly. At the same time they look quite handsome. Meaning the season 1 drunkard, the angry cop has become so hunky and cute in season 2. Laughs and feels good. He is still angry but no matter what, he will be seen. His pairing with actress Plabita Borthakur is very fresh and their chemistry looks very cute.


Breathe Into the Shadows is directed by Mayank Sharma. He has also written this story. Along with him, Bhavani Iyer, Arshad Syed and Vikram Tuli have written this story. The most interesting thing about the series is its story and then comes the direction. Mayank Sharma has brought a fresh story for the audience. Which you may have heard before but the way it has been served and is commendable.

Although the beginning of this series is loose, but after the first twist in the story, it connects you with yourself in such a way that you do not move from your place till the end. Towards the end of the story, your heartbeat also starts to increase, which is a sign of how well it is made. Mayank gives you shocks from time to time through this series, which further increases your interest in it. The background music is good and the cinematography is well done.

“It is better not to use Tiktok”-Tiktok Hacker

Good direction and performance, does not mean that there is no shortage in this series. At the beginning of the series you will find Breathe Into the Shadows quite loose. You may be interested in watching some of the early episodes. But boring episodes are also an important part of this series.

There are a lot of weird things in Breath 2, like the mention of Ravana in the story. Connecting his character with Ravana, which makes you laugh. Also this web series is slow in many places. There comes a time when director Mayank continues the series as a crime drama and leaves the family somewhere. But actors do manage to keep you tied to their emotions. As the story unfolds layer by layer you become eager to learn a little more, a little more about it. So overall you should take a look at Breathe Into The Shadows. 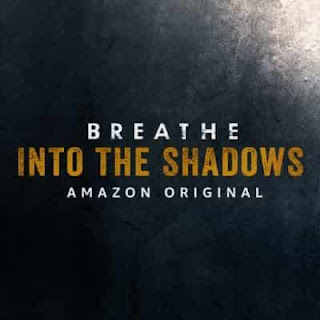 3rd_sem,3,5G,2,accident,2,American idol,2,android Tricks,43,article,23,Bike price In Nepal,7,blogging,133,celebrity gossip,14,Corona,24,crickter,1,DishHome,1,domain register,7,economic,2,Educational,14,Email,2,Eucation,6,facebook free wifi Near You,3,Food,1,Futsal,1,Game,4,Hanta_Virus,1,health,7,History,2,HSEB,2,Iphone,8,ipl2018,2,JMC,5,King,1,Literature,7,M.A,1,Media-democratic_process Unit 1st,2,Mobile,9,Mobile price in nepal,2,Money Talk,6,Movie review,56,myarticle,29,Ncell Tricks,12,Nepal Idol,5,Nepalnews,2,New Movie,24,News,13,Ntc,2,ntc tricks,21,oppo Phone price in Nepal,3,pc trick,27,politics,15,sandip Lamichhane,3,sex tips,1,Social Viral,17,Sports,13,sports shop,4,techonology,46,Thearticle,9,Umang,1,Valentine's,1,visit nepal,10,Vivo price,1,wifi,4,Youtube Tricks,10,
ltr
item
K.D'S CaFe for learning and sharing because share is care.: Breathe Into the Shadows : Series will keep tied till end
Breathe Into the Shadows : Series will keep tied till end
watch Breathe Into the Shadows: Series .Breathe Into the Shadows, has been streaming on Amazon Prime since today (July 10). This is the story of a psychiatrist named Abhishek Bachchan and his family. lives in Delhi with his wife Nitya Menon and 6-year-old daughter Sia
https://1.bp.blogspot.com/-VmUD4OAltpY/XwgjhfhWWpI/AAAAAAAAIVc/wueN5Zm7NrkMfL1ySUlz-V6J4rXUA0_rwCLcBGAsYHQ/s320/breathe%2Binto%2Bthe%2Bshadows%2B2020.jpg
https://1.bp.blogspot.com/-VmUD4OAltpY/XwgjhfhWWpI/AAAAAAAAIVc/wueN5Zm7NrkMfL1ySUlz-V6J4rXUA0_rwCLcBGAsYHQ/s72-c/breathe%2Binto%2Bthe%2Bshadows%2B2020.jpg
K.D'S CaFe for learning and sharing because share is care.
https://www.kamaldhital.com.np/2020/07/breathe-into-shadows-series-will-keep-tied-till-end.html
https://www.kamaldhital.com.np/
https://www.kamaldhital.com.np/
https://www.kamaldhital.com.np/2020/07/breathe-into-shadows-series-will-keep-tied-till-end.html
true
1574993792369647848
UTF-8
Loaded All Posts Not found any posts VIEW ALL Readmore Reply Cancel reply Delete By Home PAGES POSTS View All RECOMMENDED FOR YOU LABEL ARCHIVE SEARCH ALL POSTS Not found any post match with your request Back Home Sunday Monday Tuesday Wednesday Thursday Friday Saturday Sun Mon Tue Wed Thu Fri Sat January February March April May June July August September October November December Jan Feb Mar Apr May Jun Jul Aug Sep Oct Nov Dec just now 1 minute ago $$1$$ minutes ago 1 hour ago $$1$$ hours ago Yesterday $$1$$ days ago $$1$$ weeks ago more than 5 weeks ago Followers Follow THIS PREMIUM CONTENT IS LOCKED STEP 1: Share to a social network STEP 2: Click the link on your social network Copy All Code Select All Code All codes were copied to your clipboard Can not copy the codes / texts, please press [CTRL]+[C] (or CMD+C with Mac) to copy Table of Content