Most Expensive Available Bikes In Nepal

Riding a two-wheeled motorcycle is not a symbol of prosperity or dignity in Nepali society. It is a common belief that only those who cannot ride their own cars ride bikes.

However, there are bikes on the market that are more expensive than cars. And, strangely enough, these bikes are sold in Nepal in hundreds of numbers annually. Expensive premium bike riding community is growing in Nepal.

With the rise of connoisseurs of premium bikes, the attention of world famous brands has started to be drawn towards Nepal. At present, bikes worth up to Rs 4.5 million are available in the Nepali market. Turbo Motors, a Nepali dealer in Ducati, says that up to Rs 6.8 million worth of bikes can be provided if the customer wants.

Last week, the Italian brand heavy sport bike Aprilia Dorsoduro entered the Nepali market. The bike worth Rs 24 lakh was booked twice without being made public. The target is to sell 10 of these bikes this year.

The world's most popular premium bike Ducati has 85 on Nepali roads. The price of Ducati in Nepal ranges from Rs 1.8 million to Rs 4.5 million. The company said it could provide up to Rs 6.8 million in Ducati bikes if demanded by customers.

Not only that, now there are more than half a dozen brands of expensive bikes in the Nepali market. The bike can be used to buy a luxury car.

The Ducati bike is priced at Rs 4.5 million. At this price, only the best models of Toyota, which is considered as a premium brand, can be bought. The cheapest car in Nepal, Maruti Alto, is priced at around Rs 1.4 million. There are around two dozen sport bikes available above this price.

According to automobile businessmen, Nepal collects the highest tax on vehicles in the world. That is why vehicles are the most expensive in Nepal, he said.


Three premium models of Japanese brand Suzuki are available in Nepali market. Among them are two model bikes and one model scooter. Suzuki has sold five expensive bikes.

Suzuki's biking model is a powerful 1300 cc bike. The price of biking in the Nepali market is Rs 3 million. It has an 18 liter tank.

According to Suzuki's Nepali dealer The Ganesh Enterprises, it gives a mileage of 10 to 15 kilometers. The company told online news that two bikes have been sold.

Suzuki's second model Hybhusa is also a 1300 cc premium bike. Its value is Rs 2.2 million. Now, the company has said that this bike will reach between 2.5 to 3 million when it comes to Nepal.

There is a 17 liter tank in the hearth. The company claims that it also gives 10 to 15 liters of mileage. This bike has been sold three times.

A premium Suzuki scooter is available in Nepal. This 400 cc scooter costs Rs 1.65 million in Nepal. It has a 13 liter inton tank. It is said to give mileage of 10 to 15 kilometers per liter.


Italian Ducati is one of the most popular premium bikes available in Nepal. According to Sawal Aryal, after sales manager of Turbo Motors, 85 Ducati bikes have been sold.

At present, there are one and a half dozen variants of 7 Ducati models available in Nepal. The price ranges from Rs 1.85 million to Rs 4.5 million. Aryal says that they can provide Ducati bikes worth Rs 54.68 million if demanded by the customers.

The Ducati Multistrada model is available in four variants. Prices range from Rs 3.7 million to Rs 4.5 million. This is a 1200 cc premium bike.


Italian brand Aprilia has introduced premium bike Dorsoduro in the Nepali market on September 25. The Aprilia Dorsoduro is a 750cc heavy bike. Its price is set at Rs 2.4 million in Nepal.

JNJ International, a Nepali seller in April, said that two bookings have already been made without the bike being made public. The company aims to sell 10 bikes this year.

At first glance, it looks like a dot bike, but it is a sports bike. According to the company, it will give 15 kilometers mileage per liter on Nepali roads. It has a 12 liter tank.

Its best feature is the power mode. It has three modes including Sport, Turin and Rain. Sport mode can be taken when running on more power.

If you run on low power, you can switch to Turin mode. The company has stated that if you have to drive on a slippery road when the water comes, you can take it to rain mode.

Its top speed is 240 kilometers per hour. There are two silence pipes under the back seat. Which has helped to make the bike look more attractive.

Aiming at the connoisseurs of premium bikes, the company is also introducing Aprilia Dorsoduro 1200 cc. Its value in the Nepali market is estimated to be around Rs 4 million.


Another premium bike available in Nepal is the MV Augusta. Italian brand MV Augusta is available in 5 different models in Nepal. Gear Venture Bike Nepal has stated that about 10 MV Augusta has been sold in the last 10 months of its entry into Nepal.

So far, the company has sold 2 and 1 units of this bike, respectively. It has a 16.5 liter capacity fuel tank.

Want to save money? Don't buy Honda Hornet bike
Two premium bikes of famous Japanese brand Honda are available in Nepali market. The Honda CBR600RR is priced at Rs 2.2 million while the CB1100 model is priced at Rs 2.5 million.


Preparations are underway to introduce the Italian brand premium bike at the Benelli Nada Auto Show. The Benelli TNT 300 is the cheapest model to be unveiled at the auto show. The company has stated that it will soon release expensive bikes.

Benili's two expensive bikes will be available in Nepal. Benili 600i and Benili 600 GT are about to be made public in Nepal.

Suman Pandey, a tourism entrepreneur, said that the bike was brought to Nepal for adventurous biking operations. When BMW entered Nepal, it cost Rs 1.8 million. Pandey said that it could be around Rs 2.2 million when a newcomer arrives.

Initially, only two BMW bikes were imported, but now there is a plan to start commercial biking by importing more bikes.


Although the Harley Davidson bike is not sold in Nepal, it has been ridden by former King Paras Shah. The price of this bike in Nepal is more than 5 million rupees. So far, only Paras Shah has ridden this bike. 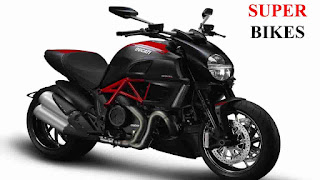