0 0 K.D Thursday, 16 April 2020 Edit this post
Indian film is approaching 107 years in the same month when it is considered the voiceless King Harish Chandra (1913).  Within the first decade after the liberation of the British colonies, Hindi, Bengali and Malayalam genres became popular films in India.

In the first decade of liberation from British colonialism in India, both commercial and artistic cinema had begun to become a world-class film. The golden age of Hindi film is also considered as the two decades since independence of India. The seventies and eighties saw another wave of realistic and experimental artistic films.

Some Hindi films made over the past decade and a half have shown the potential that artistic and commercial films can go together without being separated. The films on this list are very similar, with both sides having adjustments.

Considering the interplay of subject and time, these ten films directed in Hindi language made in the last seven decades, the performances of the artist or the theme of the film are good in some way or all.
These films have also won various national and international awards, which won critical acclaim.

On the Udaan, it is difficult to see if a person who does not love becomes a parent. The Udaan shows what kind of characters are hungry for love. The reason why a man's dreams often cause him to cross the boundary wall is also seen on the fly.

Four friends flee the hostel to the cinema hall to watch an 'obscene' movie. Shortly after the romance of a romance couple sitting in the corner, they run away after falling into their own school warden. In this case, they are expelled from school.

Amar fears that he should stay with his father who has not been to school for eight years. It is clear that the immortal father who died has not loved himself. Upon arriving home, the fact that the father has a second marriage and also a son makes him at once surprised and sad.

Bombay is not only a colorful city in India's celebrity, but the number of people who do not know the living area is much higher than other cities in India. The number of children forced to live from the street to brothels due to poverty is high in this city. He is involved in many crime and drug addiction. In 'Salamba Bambe', all these topics are linked together.

The central character of the film is Krishna, who is about 10 years old. Krishna, who is robbed on the first day of his arrival in Bombay, finds friends like him here. Krishna gets his name from chiyapau after he started selling tea near the railway station.

He falls in love with 'Sola Sal', having a friend like Chillam, Manju. Krishna's dream of returning to the village, the story of his friendship and love, recounts the memory of his mother when he sleeps at night.

Masan tells a parallel story of two characters, Devi and Deepak. The story of the goddess (Richa climb) begins by accident. While traveling to the hotel with her boyfriend, the police raided her boyfriend and attempted suicide. For the police, this incident became a means of wasting money through Devi and her father Vidyadhar.

Even if the guilty are not guilty in their own eyes, where would the wrong goddess's life be after this incident? Forces the viewer to think in the first few minutes. How can a goddess's relationship with a retired Sanskrit teacher father go forward? Naturally, this question also arises.


The story of Deepak (Vicky Kaushal) is in the surroundings of Harischandraghat. Deepak, like his father, uncle, and relatives, grew up working to collect firewood. Deepak, who has always been an engineer who grew up watching people burn, is hard at work doing the same hard work. Deepak, believed to be a 'lower caste', fell in love with an upper caste family girl when his life changed.

Although Vicki is the first of the skills, she wins the mind by acting effortlessly in every scene.

The director of Bengali origin, Satyajit Rai, said that the result of luxury and luxury is presented in an interesting and beautiful way.

The first Hindi film of the world-famous opinion, made by a strong film like 'Apu Trilogy' in Bengali language, is the Satranj ke kheladi.

In this film, Raya has used the courtyard of the 1850s, from the court buildings, costumes to the classical music of the time, to depict the surroundings of Lucknow and the lifestyle of King Razouta. Satirical but simple, the film is a story of history on the one hand and a subtle overview of the impact that Ammal and Ayyasi have had on people's lives.

Landlord Harnam Singh wants to open a big mill in a wide area. Shambhu Mahato's land is in the middle of the land he dreamed of opening. The landowner wants the shambhu to sell the land and open the way for the mill. After the shambhu refuses, the landlord starts hurting him.

The landlord owes India several times more debt than Shambhu had cheated. This shambhu goes to Calcutta under pressure to make money. He has received three months from court to protect his Do bighas jameen.

What does he do in Calcutta to pay off his debts? The main story of the film is whether or not you can pay the debt.

The story of a farmer's family struggling to save their lost land is a hugely acclaimed film. 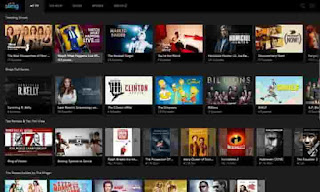