The Dark Web: The Empire of Illegal Activities

0 0 K.D Monday, 30 March 2020 Edit this post
You may be surprised at the fact that in the United States, the government sends drugs from the dealer to the door of your home. But with the development of the Internet, the spread of the Dark Web empire on the internet has become a topic of headache for the world's security agencies.

It is their quality to take illegal actions and take them one step ahead of the police. Being extremely secretive and hack-proof, the world now uses the Dark Wave to protect the security forces from crime by reducing terrible crimes. This article will discuss the Dark Web and its activities.

We run social networks on the Internet. Do a Google search. Watch video on YouTube. But it is only 5 percent of the total Internet portion of what is called the 'Surface Wave'. Everything we find by searching through common browsers, including Google Chrome, Mozilla, Safari, is called the Surface Wave, which is easy for anyone to browse. The remaining 95 percent of the Internet is hidden. That includes storing data from Google Drive, including cloud services, banks and other large companies. Deep Wave is part of the Internet. Only people with this particular 'link' and permissions can browse and will not appear in search engine.

Deep Web also has a terrific section called 'Dark Web' that security officials around the world are under stress. The Dark Wave can only be browsed through the browser named Tor (The Anion Router). Such websites have dot onion suffixes behind the domain name. There are all sorts of illegal activities including drug trafficking, weapons sales, child pornography, betel nut killer.

People are horribly murdered for entertainment and put on a site like this, and viewers pay for money and watch for pleasure. Reports suggest that there are unimaginable activities here.

Meanwhile, 'Silk Road' was once the most popular market place (like Amazon) among countless sites in the Dark Wave. It used to be a drug trade in particular. Drug dealers put their drugs on sale in Silkroad, and customers would go to Darkwave and order their favorite drugs online. Since Tor Browser uses Secure technology like Level 3 VPN, no one can track who is the customer and who is the seller. Tracking the IP address of a Tor user is considered impossible. Since it is inaccessible to the inner layer, it is named after the layer like the onion router. The money traded here is all through Bitcoin, Monroe and cryptocurrencies.

Such currencies using blockchain technology are extremely secure and also provide a high level of privacy. The technique involves confidentiality as to who sent the money to whom and no government or body regulates it. Being popular in the cryptocurrency world, it is also considered as one of the major reasons for the illegal activity to be the gold currency. Paying for Bitcoin does not require any bank authorization nor does anyone know.

With the advent of the Internet, the postal service has begun to shine in the US in 2012. The reason was the success of SilkRoad and the rise of other drug dealers. The US Postal Agency, the US government agency, handles nearly 200 billion mails a year. Employees do not have the right to see what's inside the package. Nor do they feel free. How many packages to open? Special warranty is required to open the package again. However, this law does not prevent private services, including FedEx. Taking advantage of this, Marketplaces of the Dark Wave, including SilkRoad, easily used US postal services to deliver drugs to their customers' doorsteps.

At that time, the business of silkroads was booming. For anyone who uses drugs, it was Amazon at that time. They could easily order the drugs they needed. Even though security officials knew about it, there was little they could do. Neither could track customers nor merchants on Darkwave, nor do anything else. Instead, the government postal service transmitted drugs.

But later in 2013, US officials finally processed Silk Road operator Ross Ulbricht, and the Silk Road was closed. The 29-year-old Ulbricht, who was nicknamed 'Dread Pirate Roberts' on the Internet, was the owner of a $ 28 million arrest. He was the messenger of millions on the Internet talking about freedom and privacy. Within two or three years, he had amassed a lot of unimaginable money.

It is interesting to know how he was arrested and how the Silk Road was closed, as will be mentioned in another article. Right now, he's serving a 40-year sentence in a US prison. The court has arranged for him not to be released on the payroll. So he is sure to spend the rest of his life in prison.

Even though SilkRoad closed in 2013, it came into operation again under the name SilkRoad 2.0. Authorities also closed it. Then came the other mirror sites. Silkroads are just an example. There are still countless marketplaces in Darkwave, including Alpha Bay, the open market, which are said to be delivering drugs to their customers. The Dark Wave has become a paradise not just for drugs but for all kinds of illegal activities you can imagine. People are attracted to it because of the privacy it provides.

Is the Dark Wave the only empire of illegal activity?

Not at all. Browsing 'anonymous' is not illegal in itself. It is about the activities you do. 'Tor' browsers and VPNs are brought to the Internet to establish privacy. Trackers are now being tracked by large Internet companies and government agencies as to what kind of activities we are seeing as we are now operating the Internet. By collecting your confidential information, they are making big gains in the business.

If you are looking for something in the drawer by keeping Facebook open in the browser or doing some search on Google then Facebook keeps your activity on its server. And similar types of ads are shown when displaying ads. You think that the goods you need are showing up and you are happily buying them. But all of this is taken advantage of by misusing your data.

Voting is also influenced by the propaganda of the particular political party in the election. In this case VPN and Tor browsers are a gift for privacy.

Net Neutrality and privacy are a worldwide concern right now. If a government is ruled out, it can spy on Internet activities. If anyone has done anything against the government or is disclosing blackmail or corruption to the government officials, he is arrested and barred from doing so. In this case the most reliable way to bring out the facts may be the Tor Browser and the Deep Wave. No one can detect who leaked that information and the person is not at risk of injury.

Suppose you have evidence of irregularities and crimes committed by the government or a large company / body. If you openly say that, your life is at stake. In this case you can use the Dark Net. There are also examples of human trafficking victims being rescued using encrypted darkwave email services, including ProtonMail, TorBox, and various torture victims. They can keep the media confidential and inform the media about the crimes they have committed. It also protects them from being exposed to wrongdoing, as well as avoiding being victimized. VPN, Tor Browser and Tor Project have become advocates of freedom of expression in the Internet age in this sense. No country has declared the Tor illegal. There is no restriction on this.

The Internet has connected the world and transformed our lives. But at the same time it has also encouraged people with a criminal mindset. Different types of crimes are being carried out only through the Surface Wave, and the Dark Wave has been used especially for this purpose. Dark Wave was suspected to have been involved in some killings in Nepal recently. When someone is murdered in this way, he goes to the Dark Wave and gives the betel nut to the international betel killers. Money is paid into cryptocurrency. Neither the betel nut knows who sent it to kill, nor the identity of the betel nut killer opens. That is how they are secretly murdered.

In recent times, people with criminal mentality have become attracted to the Dark Wave as technology and Internet knowledge increases. Some have even been trapped in the swamp because of their curiosity. Browsing the Internet for communication and knowledge is urgently needed, but such negative things available on the Internet are making our society miserable.

On the one hand, tech giants and data thieves are bothering to steal users' confidential information; Whether in the Internet or not, whether it's browsing, it's up to you to move on to positivity or to take our human civilization down the road. Let's do 'Anonymous Browsing', to prevent our information from being stolen but don't go the wrong way on its cover.

Translated from Kharibot.com by Anup Joshi 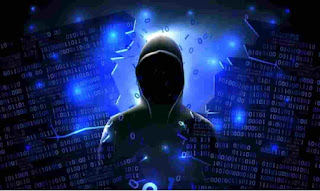