0 0 K.D Friday, 30 November 2018 Edit this post
PARIS, Nov 29, 2018 (AFP) - Automakers Renault, Nissan and Mitsubishi reaffirmed their committment to their alliance on Thursday as company leaders held their first meeting since the shock arrest of boss Carlos Ghosn.
"We remain fully committed to the Alliance," the three firms said in a joint statement as Ghosn remains in custody in Japan on allegations of financial misconduct. 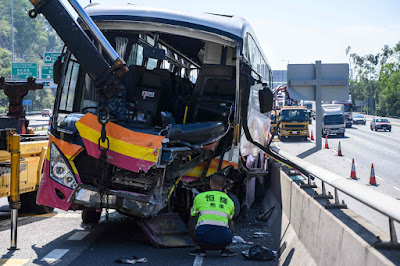 The talismanic Ghosn was seen as the glue binding together a complex three-way structure which counts as the world's top-selling auto company, with some 10.6 million vehicles rolling off the production lines last year.
His arrest revealed brewing resentment and unrest within the Franco-Japanese partnership.
Nissan chief executive Nissan Hiroto Saikawa, Renault's interim boss Thierry Bollore and Mitsuibishi's Osamu Masuko conversed via video, sources and the Nikkei daily reported.
Issues of governance were not meant to be raised in the meeting and no vote was planned, the sources told AFP.
In their joint statement on Thursday, the three firms said their "alliance has achieved unparalleled success in the past two decades".
The leaders of the three companies also sent an internal message that reassures employees that the alliance remains on track.
"We owe you this expression of cohesion and commitment to the Alliance today more than ever" said the statement, according to a copy consulted by AFP.
"We are in close touch with each other and with our key stakeholders. All have expressed strong support and a shared desire to maintain our winning combination," it added.
Renault is the dominant member of the alliance, holding 43 percent of the shares in Nissan, but the Japanese firm now outsells its French counterpart -- sparking frustration in Tokyo.
French Finance minister Bruno Le Maire on Tuesday warned that there was no question of a change in the balance of power between Renault, which is 15 percent owned by the French state, and its Japanese partners.
"There is a partnership which seems good to me, there is a good balance. There are cross-shareholdings between Renault and Nissan which should not change," Le Maire said on France's LCI news channel.
The rules of the alliance, based in the Netherlands, state that Renault and Nissan appoint five board members each but it is the French company which names the CEO while Nissan chooses the deputy.
The CEO holds a decisive vote in the case of a tie in board decisions.
While Ghosn has been ousted from Mitsubishi and Nissan, he remains CEO and chairman of Renault, albeit "incapacitated" for the moment, according to the French manufacturer.
Le Maire insisted Renault should retain the top position in the alliance: "This rule should not change".
The partnership uses shared factories and joint purchasing power to keep down costs.
These arrangements are not under threat, according to statements from both the Japanese and French sides.
Ghosn and close aide Greg Kelly were arrested last week for allegedly conspiring to under-report Ghosn's income by around $44 million -- about half of what should have been reported -- over five fiscal years until March 2015.
The 64-year-old tycoon denies the allegations but has not been able to defend himself publicly while he is in a Tokyo detention centre.
Renault shares were up 0.9 percent in late morning trading in Paris, slightly outpacing the CAC 40 index. The stock tumbled nearly 10 percent in the wake of Ghosn's arrest but has since recovered half of that drop.
Nissan gained 1.4 percent in Tokyo Thursday. Nissan's shares have also recovered much of the ground lost following Ghosn's arrest.