Explaining how painful the first half of her film career was, Kangana Ranaut told a story, "In the early days, I got a job in a film that was like an adult." She made this revelation in a television interview. Kangana said, ‘After signing, I was taken for a photoshoot. There I was given a dress to wear, which was completely open inside. The atmosphere there was like shooting a blue film. '

How kangana ranaut became a bollywood queen, tired of fighting for a career, want to work in a sex film? The story is touching. No matter how hard she tried, she did not get any film. In the same vein, she signed on to a film, which was a C-grade film. She knew in that look that he had to act like the heroine of the movie, but she was compelled.

Not knowing how to speak English


Recalling her early days, Kangana said, "People in this industry want me to have no right to speak. And, I'm an unnecessary thing. I knew that I could not speak English well. That's why people made fun of me. '

She has a bitter experience of being rejected from the film because he is not proficient in English language.


When I got Gangstar


The life-story of Bollywood actress Kangana Ranaut, who is looking for a top role in the film and earns more than a hero, has a film style. She faced many ups and downs in the first half of her career. That's when she decided to work in an adult film.

But it is a pleasant coincidence that at the same time, he got a chance in the film Gangstar directed by Anurag Basu. She immediately agreed to the gangstar and left the C grade film. She has kept the name of the director of the adult film secret.

Her first thriller, Gangstar, which went public in 2006, won her the Filmfare Best Female Debut Award. She then acted in superhit films like Lamhe, Life in Ametro, Once Upon a Time in Mumbai, Fashion, Tanu Weds Manu.

How kangana ranaut became an actress?


Kangana was not clear about her career. There was no decision as to what would happen. At the same time, she came in contact with a modeling agency called Allied Modeling. But Kangana was not interested in modeling. She thought acting was more appropriate than modeling. Eventually, Asmita joined the theater group, with a desire to act. She started acting. I liked his acting. She took training in drama campaign from a school in Mumbai. She entered the film from drama, from gangstar.


Kangana has got the nickname, Bollywood Queen. Especially the second chapter of her career begins with the film Queen. From that film, she received national honors, including the Best Actress award. Not only Quinn, but also her brilliant performance in Revolver Queen made her famous.

Bold and cool Kangana is one such Bollywood actress who is open. Because of this tendency, she sometimes gets into fights. I refused, that's why Priyanka Chopra did not hesitate to criticize the Indian society by saying that she got all the awards.

She managed to survive and sell herself in Bollywood without any godfather. She came into the limelight by swearing that she would never get married. She became a target of gossip because she had to improve her bad English and when she went to New York for a script writing course in the middle of work. After all, his film presence is very daring.


Kangana is a devotee of Swami Vivekananda. She is very interested in meditation. She is a vegetarian. According to a survey, she was listed as one of the hottest vegetarians in India.


When Kangana was in a state of struggle, Aditya Pancholi helped her. However, later a dispute arose between Kangana and Aditya. Aditya was accused of trying to rob her sex under the influence of alcohol. Kangana's alleged ex-boyfriend Shekhar Suman's son Adhyayan had accused Suman of abusing her, slapping her, going to an astrologer and practicing black magic.


Kangana is such a Bollywood actress who demands equal remuneration as a hero. Hero is not only equal, but more than that. Kangana was paid more than her opposite Shahid Kapoor for the film 'Rangoon'. Her salary is around Rs 100 million.

Kangana is also such an actress who can carry the whole film. In other words, the film runs on his own strength. Revolver Queen, Queen, Manikarnika are examples of that.

The pace at which Kangana rose as a Bollywood actress was also unbalanced. At the height of her career, she became very controversial. She dug up the controversy herself.


She sowed the seeds of controversy by sending secret emails to actor Hrithik. Kangana and Hrithik had sent legal notices to each other in 2016. Kangana claimed that they were both in a relationship and Hrithik had promised to marry her. Hrithik flatly denied this. He said the two had only worked together. Hrithik had even said that Kangana should publicly apologize to him for that.

Kangana said that the period between 2016 and 2017 was very difficult for her, when she had to endure humiliation and allegations of being mentally unstable.

Hrithik's secret email scandal has made many other Bollywood actors 'ugly', as the saying goes. And, this episode turned Kangana upside down badly. She became embroiled in controversy.

That being said, Kangana was not invited to Bollywood events. She even made her husband drink her menstrual blood. Well, these rumors have now subsided.

Kangana has spoken publicly against many Bollywood personalities, including Karan Johar, Ranbir Kapoor and Alia Bhatt, on the issue of lack of political understanding from nepotism.


In a series of Kapil Sharma's shows, actress Kangana had expressed the view that her nature can never change. She said, "I do not believe in living a fake life. I do not hesitate to call the truth the truth and the lie the lie."

But, Kangana doesn't care about that. She is getting the same job today. Today, she is a 'hero' in all the films she is working on. The role he plays is also effective. Not only that, she is in a better position than the actresses who only appear as show-pieces in the films of big actors.

The way Kangana has openly 'messed' with Bollywood's biggest celebrities, it is clear that in the coming days, any actor from Khan to Devgan, Kumar to Dhawan will hardly like to act with her in any film.

On the other hand, Kangana herself doesn't seem to want to act with those actors. There is not much left for the actresses to do in the films of these Bollywood actors. In such a situation, Kangana would hardly like to be a part of her film.

Not only this, Kangana has also fought against the veteran producer-director of Bollywood. On Kapil Sharma's show, she was expressing her opinion about producer-director Karan Johar - "He runs a show in which your underwear is colored?" As such, questions of no birth are asked. Thus, hardly anyone thinks of spoiling the relationship with Bollywood celebrities like Karan Johar.

Despite this, Kangana is getting a job in Bollywood and will continue to do so in the future, but her chances in superstar films are very low.

Even though Kangana didn't have a fight with anyone, she never got the chance to work in the films of those superstars.


After Kangana was boycotted by the media


An event in Mumbai for Bollywood actress Kangana's new film 'Judge Mental Hai Kya' was canceled due to media boycott. The film was announced to hold a grand publicity function in Mumbai. Kangana and producer Ekta Kapoor were also expected to attend the function.

Major Indian media were also invited. However, most of the media persons who had decided to boycott Kangana's participation did not attend the function. After the media personnel were absent from the event, the organizers were forced to announce the cancellation of the event. Actress Kangana was said to be ill as the reason for canceling the ceremony. However, the media reported that he was not ill.

According to a news report, the ceremony was very important for Kangana. However, she was shocked when photographers did not even attend the ceremony. Kangana was in the final stages of announcing the cancellation of the event when someone suggested to her that it would be wise to cancel the event when no media personnel were present to cover the event.


Kangana is a man


Manikarnika. This is not only a central role played by Kangana but also a film directed by her. However, the film was controversial from the beginning. This series of controversies continued even after the demonstration. She got into a controversy not only with the film but also with director Chris. At that time, there were no Bollywood actors speaking in favor of Kangana, except Anupam Kher and Tanushree Dutt. Tanushree said that Kangana was a very good artist and that many people were angry with her because she did not have the qualities of Kangana. She said, "Kangana is not a great, she is an A plus grade actress."

According to Tanushree, even those who show masculinity are afraid of Kangana. For this reason, Tanushree understands that the whole of Bollywood is silent on Kangana's success.


Kangana Ranaut was born on March 23, 1986 in the village of Bhambala in the Mandi district of Himachal Pradesh to a Rajput family. Her mother Asha was a school teacher and his father Amardeep was a businessman. She was brought up in the ancient house of Bhambala. Her childhood was normal.


When she grew up, she was rebellious and stubborn. According to her, if his father had brought a plastic gun for his brother and a small doll for him. Then she would not accept it. She did not like the discrimination between his brother and herself.

In school life he wanted to be a doctor, just like his parents wanted. However, her wish changed after she failed the chemistry unit test of 12. Kangana was 16 years old at the time. She came to Delhi. However, she did not know what to expect when she arrived in Delhi. She entered the glamor field from a suddenly found modeling agency.

Through continuous efforts, she was able to secure her place in Bollywood. Kangana's parents or children are not in the film. She lives in Mumbai with her sister Rangoli Ranwat. Sister Rangoli was attacked with acid in 2006. Kangana visits her birthplace once a year.


The list of Kangana Ranaut's love affair is very long. While entering Bollywood, his name was associated with Aditya Pancholi. Aditya had even bought a house for Kangana. But, later the distance between them increased.

Then Kangana got close to actor Shekhar Suman's son Adhyayan Suman. However, their relationship also came to a complete halt.

Kangana's name is also associated with actor Ajay Devgan. They worked together on Once Upon a Time in Mumbai. "It was a mistake for me to have a relationship with a married woman," Kangana said in an interview.

Then his name was added, with Hrithik Roshan. They worked together on kris-3. Kangana's name was also linked to British actor Nicholas Leferti. 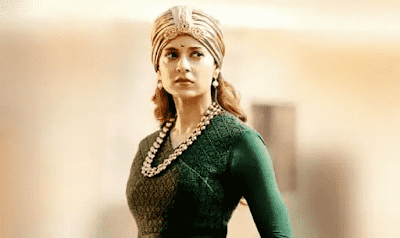