Which "VPN" to use? Here are the top 10 options of the year

Which VPN to use? Here are the top 10 options of the year

The government has announced to ease the lock-down in three phases. However, many organizations and offices are still in the practice of work from home.

But while working from home, cyber security and secure networking has always been a concern. Therefore, in today's practice, everyone needs a VPN, i.e. a virtual private network to use from home.

So today we are telling you about the best top 10 options of paid VPN. For this, the evaluation is based on 20 bases such as price, security, number of server locations, bandwidth cap, client software, ease of remote access, logging, dedicated and dynamic IP and customer support to use.

Express VPN has proven to be the fastest VPN available in the market. Committed to privacy, this VPN has 30,000 IP addresses, 3,000 more servers, 160 server locations and five simultaneous connections.

It is serving more than 94 countries. It can be used for free for the first three months of a one-year plan.

VPN Express has been saying that it will not keep any record of users' online activities. Express VPN has a very strong track record in the VPN market.

It has very attractive features. This prevents network data from leaking from the VPN tunnel, even when the VPN connection fails.

Express VPN has been in service since 2009. Subscribing to its annual package costs less than yearly 7 per month to use.

Although the network of Surfsark VPN is small, its features are very good. It can support unlimited devices.

If you're using it in your home or office, you don't have to worry about how many devices this VPN can connect to. It also has anti-malware and ad blocking and tracker blocking features to use.

Give Feedback and Earn Money from Google Team

German security firm Core53 had the highest score of SurfSark when it audited the privacy of Chrome and Firefox extensions. However, the audit was sponsored by Surfsark.

With a thousand servers and 60 server locations, this VPN provides an excellent range of support for apps that run on Mac, Windows, iOS, Android, FireTV and routers.

A nice special feature is that it allows you to automatically bypass VPNs and whitelist certain apps and websites. In some cases, this is very important for business purposes.

SurfSark also has three special modes for users to carefully hide their online activity. Camouflage mode hides your VPN activity in such a way that the Internet service provider does not even know you are using a VPN.

The second multihope model hides your trail by jumping on your connection. Similarly, No Border mode allows you to do online activities in restricted areas.

But with a 24-month package, a monthly fee of $2 is enough. You can also get up to 30 days of free trial service.

Nord VPN has more than 5,000 IP addresses and more than 5,200 servers in 62 locations. It charges Monthly 3.49 a month for a three-year package with a 70 percent discount. Nord VPN is a very popular VPN in the market.

This VPN with multiple platform flexibility is a Netflix friendly VPN. Its different feature is that it even supports Cody.

Cody is an open source media stream app, once known as XBMC. If a media fan has created a code in the media player and used IP Venice in it, they can access the media around the world.

The company has just increased its number of simultaneous connections from five to ten. But it has reduced the trial time from 30 days to seven days.

Serving in 29 countries, the VPN has 1,500 servers. Of these, 1,200 are virtual servers. Its servers are in 200 locations. Lifluck, a well-known security product, has launched Norton Secure VPN.

It was still found weak during the test. There were also problems with data leaks. Its speed is also equal to that of a mid-tier VPN.

It is available on Mac, iOS, Windows and Android platforms. But it also gives customers 24-hour phone service and a 60-day money back guarantee. The subscription fee is ४० 40 a year.

Pure VPN servers with 180,000 IP addresses and 2,000 servers are in 180 locations. Pure VPN, which joined the No Log Movement in 2018, does not collect user connection information.

PureVPN has solutions for both Cody and Chromebook. There are two packages available if you want to subscribe to its service. The monthly fee is 1.65 for a five-year plan and  3.33 for a one-year plan to use.

Strong VPN with 59,500 IP addresses has strong infrastructure and reasonable rates. It has also been following the no-logging policy.

Strong VPN uses Kudoz for its large IP. It protects a person's identity. It has good server and global location infrastructure.

Which has more than 650 servers and servers in 26 countries. From where those who need a dedicated IP can get VPN service.

As the company has its own entire network infrastructure, it does not have the problem of bandwidth limitation or internet traffic. Under the one-year package, users can get the service at 5.83 per month with a 42 percent discount.

Launched in 2011, Cyber ​​Ghost supports Linux. It also supports routers. It also has support for the popular Cody Media Player.

It also supports P2P and BitTorrent in many countries. This VPN you can use on up to seven devices at once.

It has more than 6100 servers in more than 90 countries. Cyber ​​Ghost's servers are located in 112 locations. You can get hourly support in it. It also has the facility to get money back in 45 days.

Cyber ​​Ghost VPN users can get two types of subscription packages. The first is a three-year plan. The fee is  2.75 per month and next 3.69 per month for the next two years.

If you are looking for a good VPN in terms of price, private internet access may be a good option for you. You can get a two-year package for only. 83.87.

It costs monthly 3.49 a month. Private Internet Access VPN has 3,252 servers. These servers are located in 37 places.

However, the company has not disclosed how many IP addresses are in it. The company, which launched the service in 2010, does not keep a record of any user activity.

It has good online documentation and security license. But sadly, its refund policy is only for seven days. But you can complete the trial within seven days.

Hotspot Shield VPN's software found a weakness this year. But the company immediately addressed the weakness. Meanwhile, the company has announced that the repayment period in the VPN market has been extended to 45 days.

This is good news. It supports Windows, Mac, iOS and Android devices. It also supports routers and media players. But Linux does not support. The bonus also has some nice features.

In addition to the VPNs mentioned above, you can also use Goose VPN, Viper VPN Service, Buffer VPN, Hide My S VPN, Webroot WiFi Security, etc.

if you have any problem to use this VPN please comment below. and please use only secure VPN . 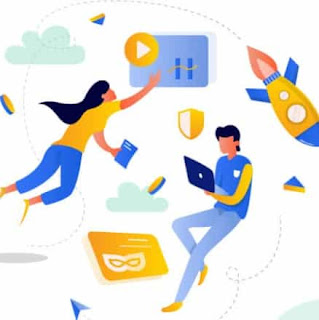