0 0 K.D Thursday, 4 June 2020 Edit this post
It's been a long time since the lockdown. It's still not clear how much time to spend at home. What did you do in this lockdown? I spent my time watching the Mahabharata. After watching Mahabharata, I wanted to write about it briefly and I am writing. Words can be inaccurate and there are some awkward words which were very difficult to bring in English but I have brought them.


The Mahabharata is not only the story of emperors, princes and princesses, but also a storehouse of knowledge. As mentioned in the Mahabharata, its first author is Vedavyasa and its first author is Lord Ganesha. After composing the 18th Mahabharata, Vyas invited Ganesh to write. Ganesh and Vyas used to write and recite Mahabharata respectively. Both of them had bet that Vyas would win if Ganesh's pen was stopped and Ganesh would win if Vyas's speech was stopped. It is said that it took three years to write this book even when it was written in a competitive manner.


The Mahabharata is not only the story of emperors, princes and princesses, but also a storehouse of knowledge. As mentioned in the Mahabharata, its first author is Vedavyasa and its first author is Lord Ganesha. After composing the 18th Mahabharata, Vyas invited Ganesh to write. Ganesh and Vyas used to write and recite Mahabharata respectively. Both of them had bet that Vyas would win if Ganesh's pen was stopped and Ganesh would win if Vyas's speech was stopped. It is said that it took three years to write this book even when it was written in a competitive manner.

What is in the story of Mahabharata?

1. Kingdom Abhishek of Pandu - According to the Puranas, Brahma was born from Jaya to Atri, from Atri to the Moon, from the Moon to Mercury and from Mercury to Ilanandan Pururva. From him came age, from age came King Nahus and from Nahus came Yayati. It was completed from Yayati. In the Puru dynasty, Bharat and in the Bharat clan, King Kuru became. He calmed down in the Kuru dynasty. Ganganandan Bhishma was born from Shantanu. Chitrangada and Vichitravirya were born from the womb of Satyavati from Shantanu. He was killed by a Gandharva named Chitrangada and King Vichitravirya died of tuberculosis.

At the behest of Satyavati, Vyasaji produced Dhritarashtra from the womb of Ambika and Pandu from the womb of Ambalika. Dhritarashtra gave birth to a hundred sons by Gandhari, of whom Duryodhana was the eldest and Pandu had five sons, Yudhisthira, Bhima, Arjuna, Nakula and Sahadeva. Dhritarashtra was blind from birth, so Pandu was made king on his land. Once, while hunting in the forest, a sage in the form of a deer was killed by the arrow of Pandu. The sage cursed, "Now, whenever you have intercourse, you will die." Pandu was very sad and gave up all his lusts including his queen and went to Hastinapur with Dhritarashtra as his representative.

2. Birth of the Pandavas and Lakshagriha Conspiracy - According to King Pandu, Kunti, after receiving mantras from the Durvasa sage, produced Yudhisthira and later Vayudev, Bhima and Indra, Arjuna, to normalize the religion. From Kunti to the initiation of that mantra, Madhuri gave birth to Nakula and Sahadeva from Ashwani Kumars. One day, while visiting the banks of Sarita in the forest with King Pandu Madhuri, Pandu became restless and indulged in sexual intercourse, which resulted in his cursed death. Madhuri went to Sati with him.

However, Kunti came to Hastinapur to raise her sons. Kunti gave birth to Karna from a part of the sun before marriage and for fear of Lok Laj, Karna was swept away in the river Ganga. Dhritarashtra's charioteer Adhirath saved him and followed him. Karna was interested in martial arts, so Parashuram learned from Dronacharya. Due to Shakuni's deception, Duryodhana tried to kill Pandava several times as a child. When Yudhisthira was made a prince in his youth, an attempt was made to burn him. However, with Bidur's help, he got out of the burning house.

3. Draupadi Swayamvara - Pandava left there, disguised as a Brahmin began to live in the house. According to Vyas, he went to Panchal Rajya, where Draupadi's Swayamvara was taking place. There all the kings and princes aimed at the fish in the river. But, success did not come. But, Arjuna shot the fish with the same arrow. Then Draupadi gave Arjuna a garland of swayamvara. According to the words of Mother Kunti, the five Pandavas got Draupadi as their wife.

4. Establishment of Indraprastha - After Draupadi Swayamvara, Dhritarashtra made Duryodhana Yuvaraja. To avoid the crisis of civil war, Yudhisthira accepted the Khandav forest given by Dhritarashtra as a half state. Arjuna, along with Lord Krishna, defeated all the deities in battle, burned the Khandava forest, and obtained the fire god by relieving the rain from Indra from the canopy of his arrows. As a result, Arjuna received the divine Gandiva bow, the best chariot and Lord Krishna received the Sudarshan Chakra from Agnidev. Indra was overjoyed to see the bravery of his son Arjuna. He removed the forests of Khandavaprastha. Panda beautified the city with Lord Krishna. That city became like a second paradise. At the behest of Indra, the Khandava forest was turned into a magnificent city called Indrapuri, which is called Indraprastha.

5. Insulting and banishing Draupadi - The Pandavas conquered in all directions and performed the royal sacrifice full of abundant gold. His splendor became unbearable for Duryodhana. So Shakuni, Karna and Duryodhana tried to undress Draupadi along with Yudhisthira. But, Gandhari stopped. Dhritarashtra, once again inspired by Duryodhana, ordered him to gamble. Will remain in exile for one year. Thus defeated, Yudhisthira went to the forest with his brothers.

6. Envoy of Lord Krishna and the beginning of the war - Dharmaraj Yudhisthira became the lord of the seven Akshauhini armies and prepared to fight the Kauravas. First, Krishna became the messenger of the Pandavas in front of Duryodhana. He asked King Duryodhana, the lord of the eleven Akshauhini army, to give half the kingdom to Yudhisthira, stop the war by giving two or only five villages. Duryodhana was not ready to accept Lord Krishna's words, he said that even the land equal to the tip of a needle could not be given to the Pandavas. And, decided to fight. Instead, Duryodhana tried to capture Krishna. At that time, in the Rajya Sabha, Lord Krishna frightened everyone by showing his supremely formidable world form out of love.

Then, take it with Yudhisthira There was a war with Duryodhan. The armies of Yudhisthira and Duryodhana clashed on the plains of Kurukshetra. Seeing his grandfather Bhishma and Acharya Drona in opposition, Arjuna became disillusioned with the war. Then Lord Krishna said, 'The human body is perishable. But, the soul is never destroyed. This soul is Parabrahm. I am Spirit, you remember the existence of the soul. Kshatriya Dharma should be practiced under the auspices of Garma Yoga with the same feeling in the accomplishment and imperfection of the work.
Bhishma became the first general in Duryodhana's army. The general of the Pandavas was Dhrishtadyumne. A fierce battle ensued between the two sides. The warriors of the Kaurava faction, including Bhishma, began to be used by the soldiers of the Pandava faction in that war. Shikhandi etc. used the heroes of the Pandava side for that. That battle of Kauravas and Pandavas was like the battle of Devasur. From the sky, the battle seemed pleasing to the gods. Bhishma fought for ten days and killed most of the Pandava army with his arrows.

7. Bhishma and Drona Massacre - Bhishma fought for ten days and killed most of the Pandava army with his arrow. Bhishma's death was subject to his will. At the suggestion of Lord Krishna, the Pandavas sought a solution to Bhishma's death. Bhishma suggested fighting the war in front of Pandava Shikhandi. In the battle of the 10th day, Arjuna put Shikhandi in his chariot in front of him and when he saw Shikhandi in front of him, Bhishma dropped his bow. Then Arjuna shot Bhishma with his arrow. Then Acharya Drona became the commander. Then came the great war. King Virat and Drupada etc. drowned in the sea like Drona. However, when Drona found out that he had been killed in Ashwattha, Acharya Drona became disillusioned, gave up his weapons, and sat in the tomb.

8. Garna and Shalya's assassination - After Drona's assassination, Karna Kaurava became the leader of the army. Karna and Arjuna fought a fierce battle with different weapons. In the battle between Karna and Arjuna, Karna killed many soldiers of the enemy side with his arrow. The war remained stagnant. However, Karna was confused when one of the wheels of his chariot swerved. Parashuram got out of the chariot. Then Arjuna stabbed Karna in the head with a divine weapon. Then, King Shalya Kaurava became the commander of the army. However, on the ninth day, he too was killed by Yudhisthira's arrow.

9. Duryodhana's assassination and the end of the war - After the death of Duryodhana's entire army, a battle was fought with Bhimsen. Bhima deceitfully struck Duryodhana on the thigh and killed him. To avenge this, Ashvatthama at night mobilized an Akshauhini army of the Pandavas, the five sons of Draupadi, his Panchadeshi brothers and Dhrishtadyumna forever. Then Arjuna defeated Ashvatthama and took out the gem from his head. Again Ashvatthama used Brahmastra in the womb of Uttara. But, Lord Krishna revived it. The same unborn child of Uttara later became known as Raja Parikshit. At the end of the war, Kritavarma, Kripacharya and Ashvattha, three Kauravas and five Pandavas, Satyaki and Krishna, these seven Pandava heroes survived, then Yudhisthira ascended the throne.

10. Mahaprasthana of the Pandavas - The Yadav clan was annihilated due to the curse of the Brahmins and Gandhari. Balbhadra went to the sea as Sheshnag to give up his body by doing yoga. Seeing that, Lord Krishna also sat down to meditate. However, he too was shot in the leg by a hunter and died. Yudhisthira was saddened by the news that Yadav Kool had been killed by Arjuna. Yudhisthira placed Parikshit on the throne. Then, with Draupadi and his brothers, he set out for the Himalayas. In the end, Yudhisthira died in Indra's chariot along with five Pandavas. 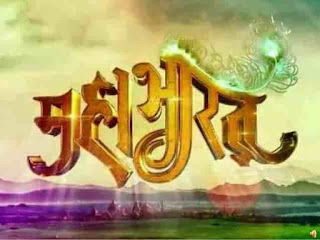